Houston Community College's Central College has locations at Central Campus and South Campus. It is the birthplace of Houston Community College and is located along Houston’s arts corridor between the Downtown Theatre District and the Museum District. As the largest landowner in Midtown, Central spans educational facilities from Elgin to Truxillo (north-south) and San Jacinto to Almeda (east-west). Central is home to seven state-recognized Career and Technology programs, including the award-winning Fine Arts and Fashion Design programs, the most workforce programs throughout HCC and the Honors College.

Welcome from the College President 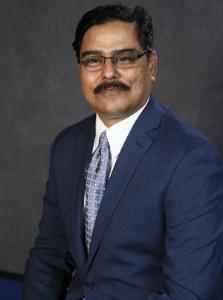 Welcome to the newly revised HCC Central website. I hope you find it useful as you explore your path to success at HCC.

Central College is a special place to learn and grow educationally, professionally and personally. It has a long history of producing successful students, and it is ready to give all students the best chance to thrive in a college environment.

In fact, we can accommodate you from wherever you are in life:

Central’s two campuses – in Midtown/Third Ward and at the South Campus – have classes and programs for everyone.

This website is designed to introduce you to the college, and to share a multitude of events and activities Central has to offer students. Check back here often to see the upcoming events we have… and for a bit of inspiration. We’ll feature Student Stories of Success to help show you what is possible.

In the meantime, engage with us on Central’s social media sites: FB, Instagram and LinkedIn.

I look forward to seeing you around campus.

HCC Central College is the birthplace of Houston Community College and its first permanent home. As the largest landowner in Midtown, HCC’s Central College has long history of educational excellence dating back to 1914, and continues to serve as a higher-educational centerpiece in Midtown and Third Ward.

When Houston voters approved the establishment of Houston Community College as part of the Houston Independent School District on May 18, 1971, the first classes were held in the evenings at selected area high schools, including HISD’s Houston Technical Institute.

In 1980, HISD transferred the Houston Technical Institute building to HCC, and gave the college $5 million dollars for its renovation.

It is a Classical Revival and Art Deco structure designed by Oklahoma architects Andrew Solomon Layton and S. Wemyss Smith. Opened in 1914 as South End Junior High School, the San Jac was a notable building created to attract and educate youngsters from all over Houston. The building even included an indoor swimming pool, which Rice University’s women’s swim team used before building their own.

In 1926, the building transformed into San Jacinto High School where it produced scores of famous students and graduates: Billionaire business tycoon Howard Hughes, national television newsman Walter Cronkite, heart transplant pioneer Dr. Denton Cooley, Indy race car driver A. J. Foyt and Astrodome creator Roy Hofheinz and many others. San Jacinto High School’s loyal alumni – many of whom are now in their 80s – continue to hold meetings on campus during the year.

Two additions were added to the San Jac and give it its distinctive, curved angles. Its east wing, which houses Central’s wellness/fitness center, was added in 1928. Its west wing, which houses its in-demand, two-story art deco auditorium, was added in 1936. In 1927, Houston Junior College, which evolved into the University of Houston, established its administrative building on San Jac’s front lawn.

Over the past 100-plus years, Central’s San Jac building has served as home to six significant educational institutions in Houston:

In 2009, HCC trustees approved spending $60 million dollars for a three-year plan to renovate and upgrade the San Jac. The building was stripped to its bare walls, then rebuilt and reopened to students and staff in 2013.

As part of the San Jac renovation, a former HCC president – Dr. William W. Harmon – decided to eliminate its dreaded front parking lot and reimagined it as a broad, green, park-like expanse. Today, Memorial Green is a popular gathering spot for Central students and the community.

The college also is home to the Heinen Theater, a building formerly known as Temple Beth Israel. This temple was built in 1925 by members of the oldest Jewish congregation Texas.

The Heinen was designed by Beth Israel congregation member and prominent architect Joseph Finger. It served as a performance venue for HISD’s first racially integrated high school: The School of Performing and Visual Arts. Read more about it here.

Both the Heinen Theatre and the San Jacinto Memorial Building are listed on the National Registry of Historic Places as a result of their architectural beauty and historic significance.

Central is also home to the J. B. Whiteley Building, named in honor of HCC’s longtime, third system president: Johnnie B. Whiteley. This structure contains the college’s workforce programs, such as HVAC, welding, cosmetology, industrial electricity and its VAST Academy, which provides meaningful credentials, employment and support services to differently abled students and adults.

A newly expanded lab for teaching and implementing Augmented Reality and Virtual Realty (AR/VR) in college settings occupies a dynamic space on the second floor of the  Whiteley Building.

The college recently added a sparkling, two-story Culinary Arts Center to the campus, which provides state-of-the-art instruction in culinary and pastry arts.

There also are 12 educational structures and 3 other ancillary buildings on the Central campus site:

Educational Structures (and their HCC abbreviations):

In 2003, HCC Central South Campus was established in the Sunnyside community in southeast Houston.

Adjacent to Gay Hall is HCC Central’s Workforce Center, which opened in 2018 and houses the college’s HVAC, Construction, Electrical, Welding and other workforce programs.

Today, Central is known for its abundance of academic programs and courses. It is home to two Centers of Excellence containing the following workforce and continuing education programs:

Find a campus in your neighborhood.